Here’s the annotations for our March/April infographic: 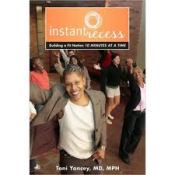 “Researchers are beginning to suspect that even if you engage in regular exercise daily, it may not be enough to counteract the effects of too much sitting during the rest of the day.”

Sitting All Day: Worse for you than you might think. NPR Story by Patti Neighmond. Nice interviews with Dr. Steven Blair and Dr. Toni Yancey with details on why. http://www.npr.org/2011/04/25/135575490/sitting-all-day-worse-for-you-than-you-might-think

<< for more from Dr. Toni Yancey, check out our Lessons for Yogis on her book Instant Recess: Building a Fit Nation 10 Minutes at a Time.

“If you’re in a wheelchair or have limited mobility in your legs, stretching throughout the day can help reduce pain and pressure on your muscles that often accompanies sitting for long periods. Stretching while lying down or practicing yoga in a chair can also help increase flexibility and improve your range of motion.”

“An inspiring study presented at a recent American College of Sports Medicine annual meeting found that this simple expedient – of standing up and moving about from time to time – improved people’s health significantly… When the volunteers remained stationary for the full seven hours, their blood sugar spiked and insulin levels were out of whack.  But when they broke up the hours with movement, even just a short two-minute stroll around the room, their blood sugar levels remained stable…. What was important, the scientists concluded, was simply breaking up the long, interminable hours of sitting.”

We’ve got Lessons for Yogis on this book, too – The First 20 Minutes – Surprising science reveals how we can exercise better, train smarter, life longer.

“People don’t need the experts to tell them that sitting around too much could give them a sore back or a spare tire.  The conventional wisdom, though, is that if you watch your diet and get aerobic exercise at least a few times a week, you’ll effectively offset your sedentary time.  A growing body of inactivity research, however, suggests that this advice makes scarcely more sense than the notion that you could counter a pack-a-day-smoking habit by jogging.  “Exercise is not a perfect antidote for sitting,” says Marc Hamilton, an inactivity researcher at the Pennington Biomedical Research Center.”

“The good news is that inactivity’s peril can be countered… Dr. Levine coined a name for the concept of reaping major benefits through thousands of minor movements each day: NEAT, which stands for Non-Exercise Activity Thermogenesis.  Dr. Levine knows that we can’t all be farmers, so instead he is exploring ways for people to redesign their environments so that they encourage more movement… For all of the hard science against sitting, he admits that his campaign against what he calls “the chair-based lifestyle” is not limited to simply a quest for better physical health.  His is a war against inertia itself, which he believes sickens more than just our body.”

For more on Dr. James Levine, check out our Lessons for Yogis on his book Move a Little, Lose a Lot: How NEAT Science Reveals how to be Thinner, Happier, and Smarter.

“It appears that muscle LPL regulation is one of the most sensitive metabolic responses to physical inactivity and low-intensity contractile activity. This may provide one piece of the puzzle in offering a plausible explanation for how inactivity is related to chronic diseases and why small amounts of activity provide marked protection against CHD (Kramsch, 1981). Because of the potential role of fatty acid-derived TG in signalling, it is possible that these changes in LPL and TG uptake are part of more widespread changes in muscle metabolism, as indicated recently by a change in gene expression for over 100 genes after several hours of inactivity (Bey et al. 2003).”

View all posts by Jordan